One of a Kind

Check out the HOTTEST deals NWMS has to offer!

Northwest Motorsport has made history in the Northwest.

We pride ourselves on longevity, reliability, and expansion at Northwest Motorsport.

When Northwest Motorsport was born in 1996, Bill Clinton was the President of the United States, and pay phones were prevalent across society. Times have changed but our HILT values, consisting of Honesty, Integrity, Loyalty, and Trust haven’t wavered one iota for the past 26 years. It is the cornerstone of who are and what we do. 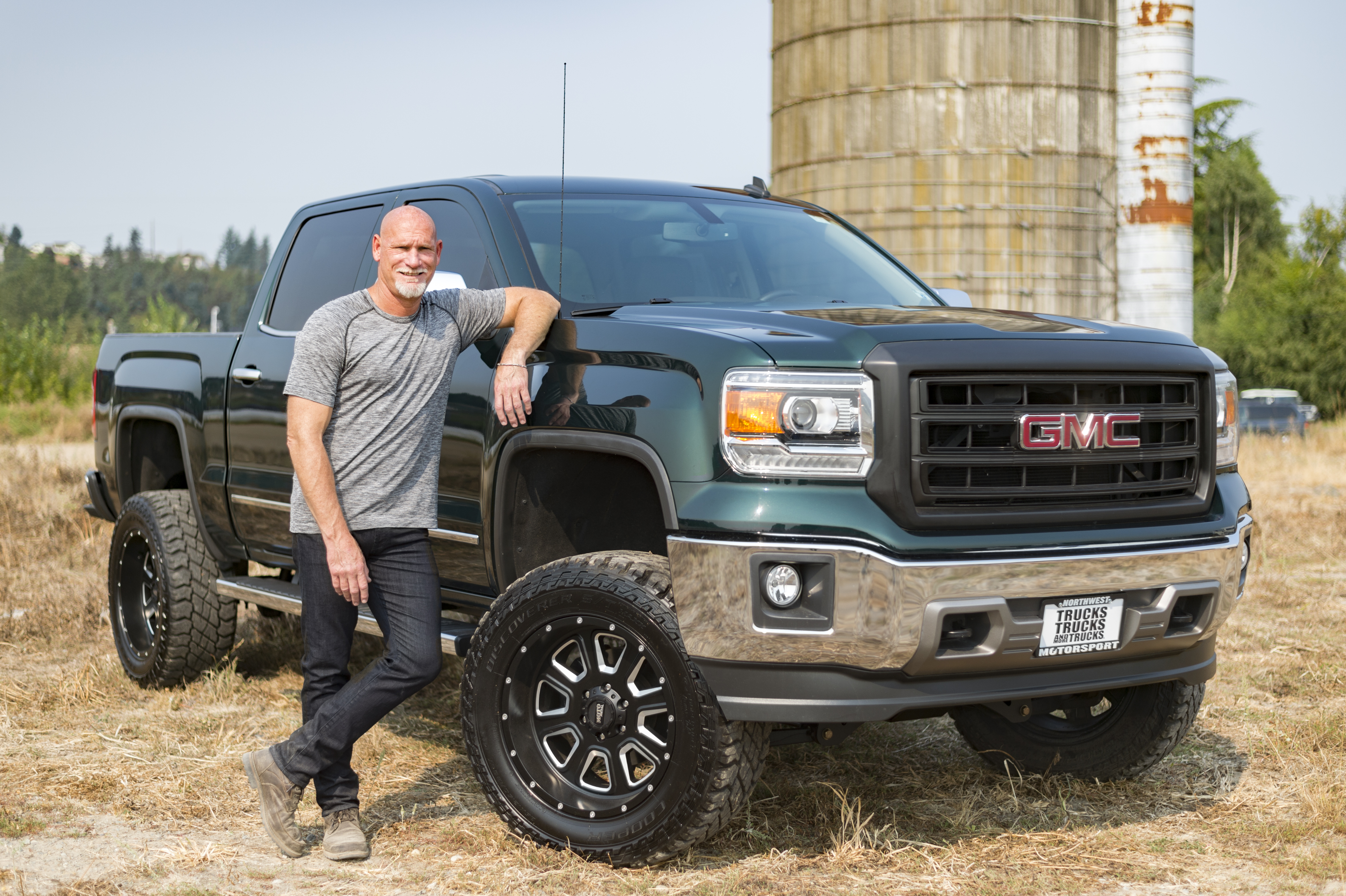 Now we currently have 11 different lots in seven different cities across Washington, Idaho, and Montana. Our specialty remains custom trucks, lifted trucks, and diesel trucks. We’re proud to have emerged as the largest independently owned used auto dealer on the West Coast.

Our slogan, “Trucks, trucks and more trucks” is a household name across the Northwest. MLB legend Jay Buhner joined the NWMS team as our official spokesperson in 2008. 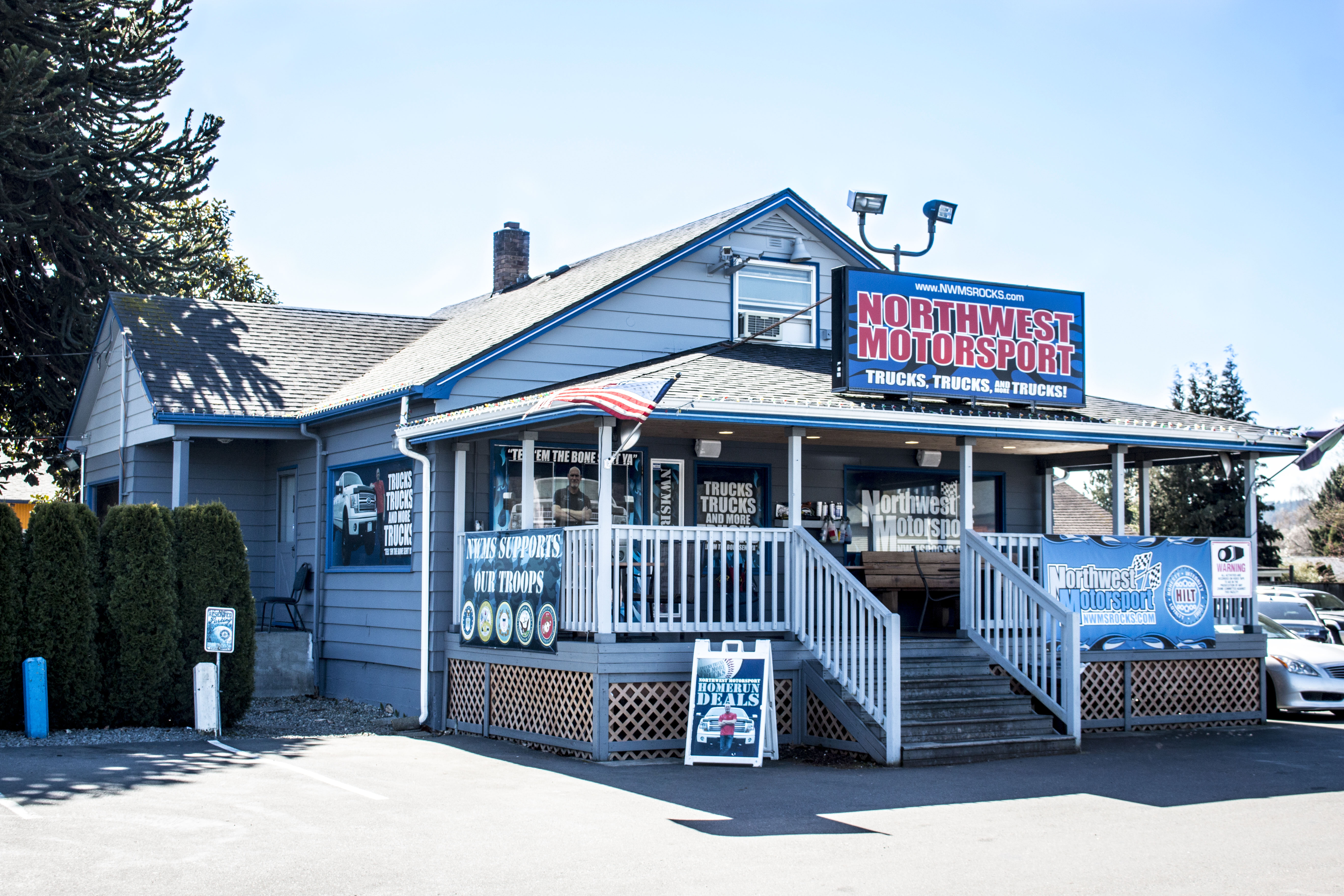 Our story has roots entrenched in Western Washington. When we opened for business in 1996, we operated as a modest automotive wholesale buying company out of a small office in Kent. Our first physical location was established in March of 2003, which was located at 1502 River Road in Puyallup. The first facility, affectionately dubbed “The House”, literally looked like a single-family home to passersby traveling between Tacoma and Puyallup on River Road. The tireless work ethic of those five individuals who ran our inaugural store still resonates two decades later. Northwest Motorsport finance manager Jeffrey Hill, who has worked with the company since 2019, said the significance of the first location remains.

“I love it when customers come in and say, ‘I remember when you guys were at the little house (1502 River Road) over there.’ When I have one of those customers it means so much because I know they’ve seen us evolve, grow and develop,” Hill said in January of 2022. 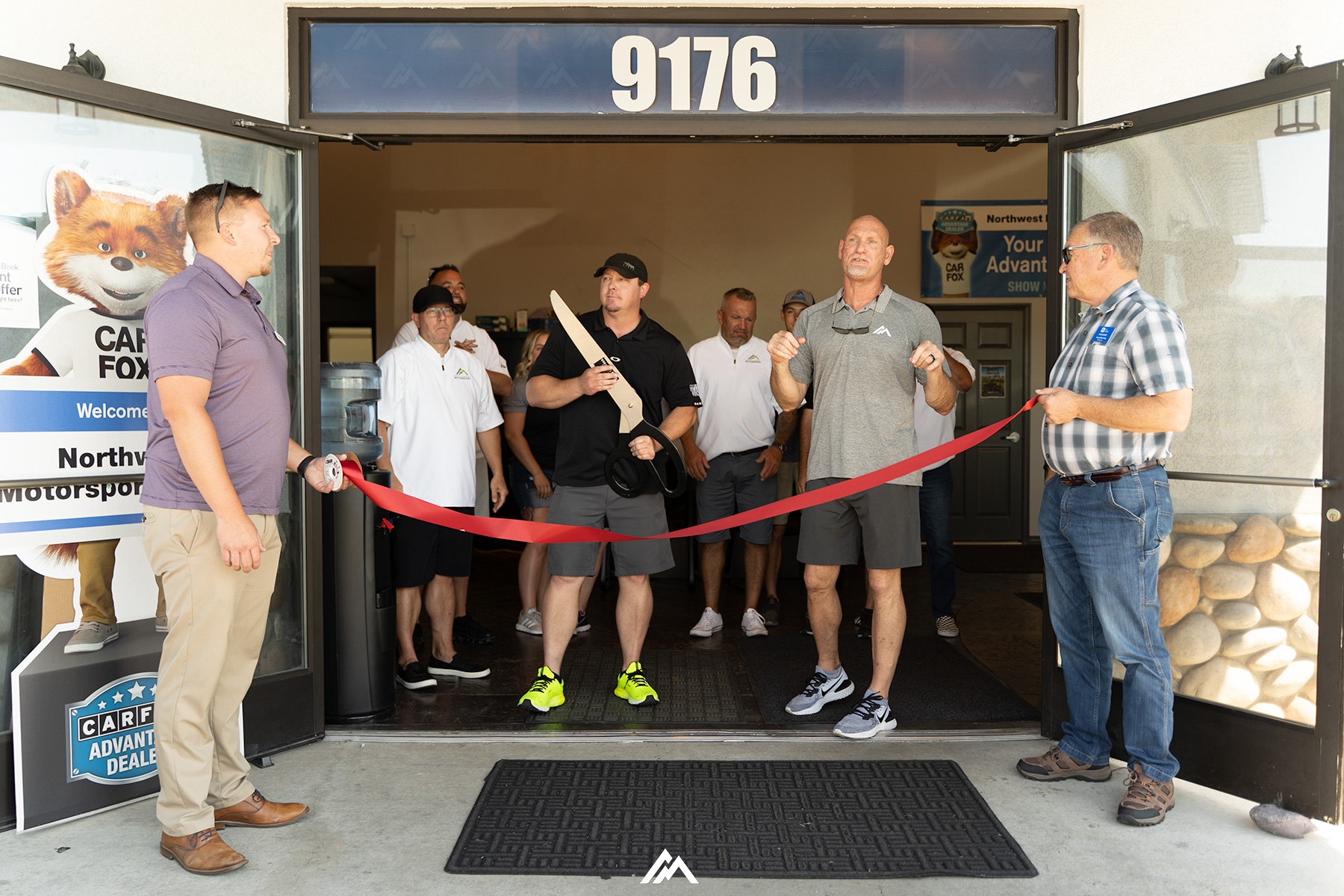 We pride ourselves on being fully immersed in the communities we serve!

More than 19 years after the debut of our first store (2003) we’re proud to have expanded into four different locations in Puyallup consisting of 400 River Road, 500 River Road, 1806 River Road, and 300 Valley Avenue NE.

Puyallup isn’t the only place where we’ve taken up residence in Western Washington.

We didn’t forget those individuals residing east of the Cascade Mountain range!

We know the rugged terrain of Eastern Washington aligns completely with what our inventory entails. We’ve proudly established new locations in Pasco (815 N 28th Avenue) and Spokane Valley (12606 E. Sprague Avenue) in 2016 and 2018.

Our aspirations of expanding our reach out of the friendly confines of Washington became a reality last year. Our newest facilities were unveiled in Boise, Idaho (9176 W. Fairview Avenue) and Missoula, Montana (1600 Stephens Avenue) in 2021. 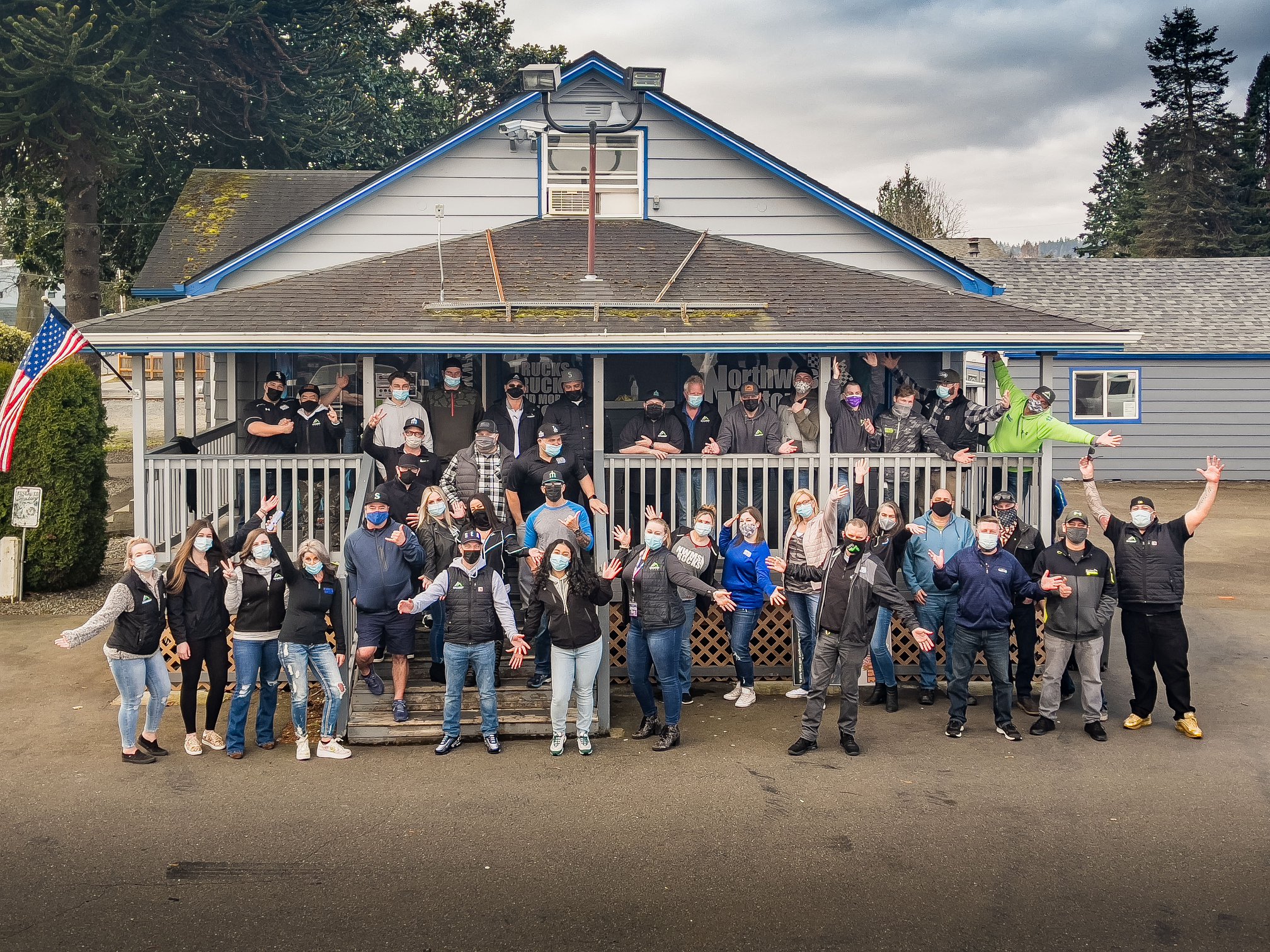 When you meander into any of our locations, you’ll notice immediately we’re different than your typical car dealership. Our employees aren’t wearing button-down shirts, silk ties, and meticulously pressed shirts like many of our competitors.

“I have worked at other places where you have to wear a suit and tie every day. People are a little apprehensive when they come in and see that. We want to make sure our customers are comfortable. It’s definitely a relaxed atmosphere,” Northwest Motorsport finance manager Derek Walk said in November of 2021.

There’s absolutely no intimidation factor and no difficult-to-understand jargon. We treat every customer who walks through our door the same way we would treat any member of our own family. Our HILT (Honesty, Integrity, Loyalty, and Trust) values aren’t just a slogan to us, it’s something we value with every fiber of our being. Sales representative Nestor Soto, who works out of our 300 Valley Avenue NE office in Puyallup, said the family atmosphere and structure at NWMS is something he values.

Our official spokesperson, Jay Buhner, would definitely agree with Soto’s sentiment on the subject!

We’re like the friendly neighbor you’ve known for decades living next door. You can count on us! If you want to become part of the NWMS family, check out our massive number of vehicles on our lots 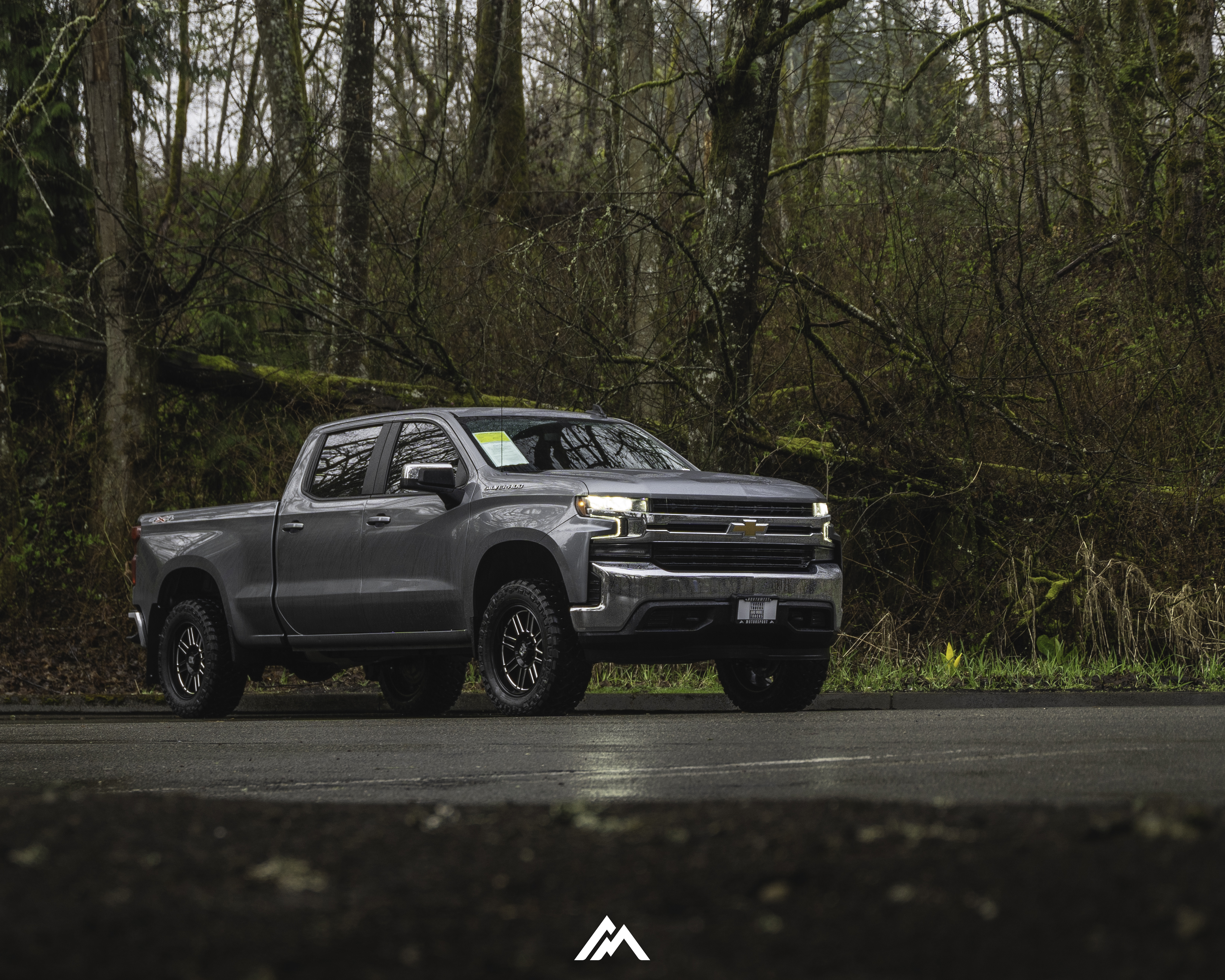 Recently Northwest Motorsport was acquired by Sonic which includes a brand-new partnership with Echo Park.

In short, what does the acquisition mean for you, the customer?

It means we’ll have access to a multitude of new delivery locations throughout the nation to bring you the BEST and BIGGEST vehicle inventory the Northwest has to offer.

Thank you for trusting us! We’re glad you’re part of the NWMS family.