Behind the Tires: A Behind the Scenes Look at Between Two Tires

When you sit down with Unn M. Portent for an episode of Between Two Tires, you never know what’s coming. You’ve seen the episode, so now join us for a behind-the-scenes description of the Between Two Tires premier.

Let’s go Behind the Tires. 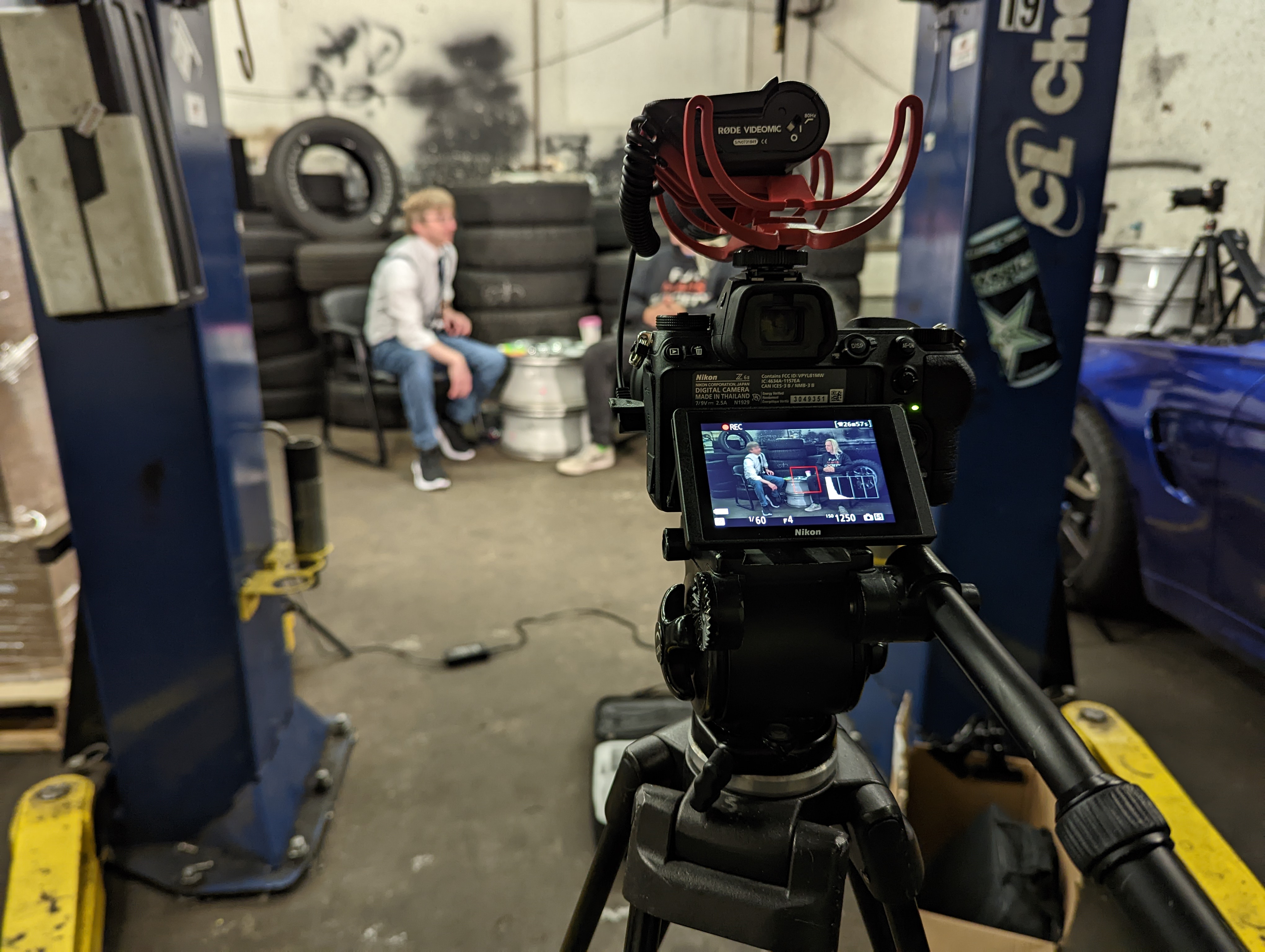 For the first-ever guest, Mr. Portent wanted to sit down with a true Northwest Motorsport celebrity. Who better than Topher, Northwest Motorsport’s Content Specialist? Often the man behind the camera, it was time for the world to get to know the real Topher. Provided only with the location of the interview, Topher went in blissfully unaware of what was coming.

Just like the tires on a Northwest Motorsport rig, the questions are never flat when you sit down Between Two Tires. Mr. Portent isn’t afraid to ask the tough questions, covering sensitive topics like penguins in sombreros and poop-flavored ice cream. With his journalistic intuition, he cuts through the B.S. like a hot knife through butter. Nothing is off-limits.

Between Two Tires is all about getting to know the guest on a deeper level. Mr. Portent is a champion of journalistic integrity, so everything is shot in one take. No cuts and no makeup; just hard-hitting questions. Completely unscripted, the guest hasn’t been provided with the questions beforehand, so the answers are real. 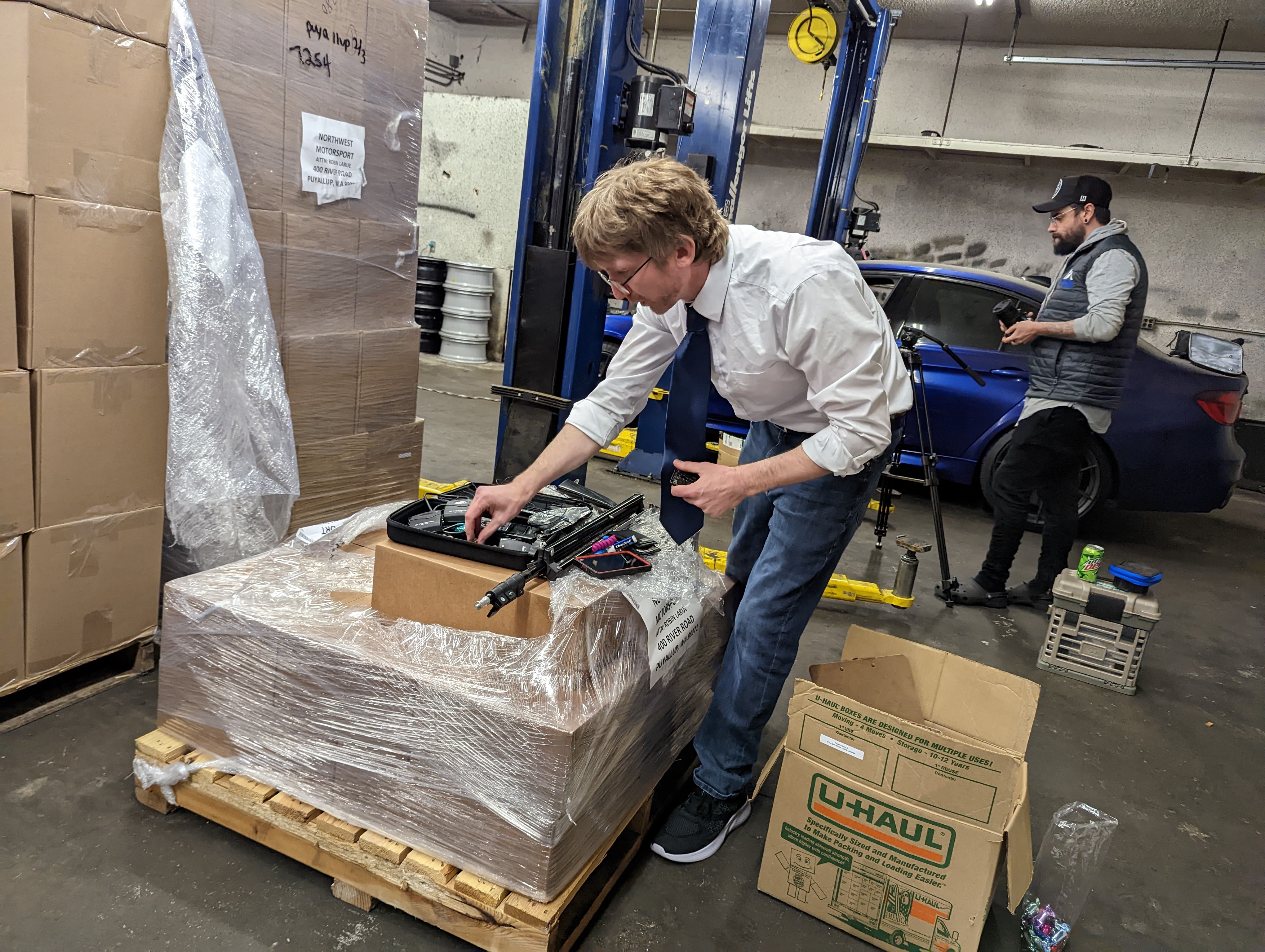 When it comes to creating an episode of Between Two Tires, less is more. The interviews are shot in a dark garage in front of a mountain of tires with a coffee table made from wheels.

The rubber meets the road when the lights turn on, and the cameras start recording. The entire interview was filmed on three stationary cameras, so the Between Two Tires crew quietly moved from one camera to another to ensure the show moved smoothly. Our cameraman even had to remove his Crocs to ensure complete silence. Filmed all in one take, it was important to make sure EVERYTHING was perfect. 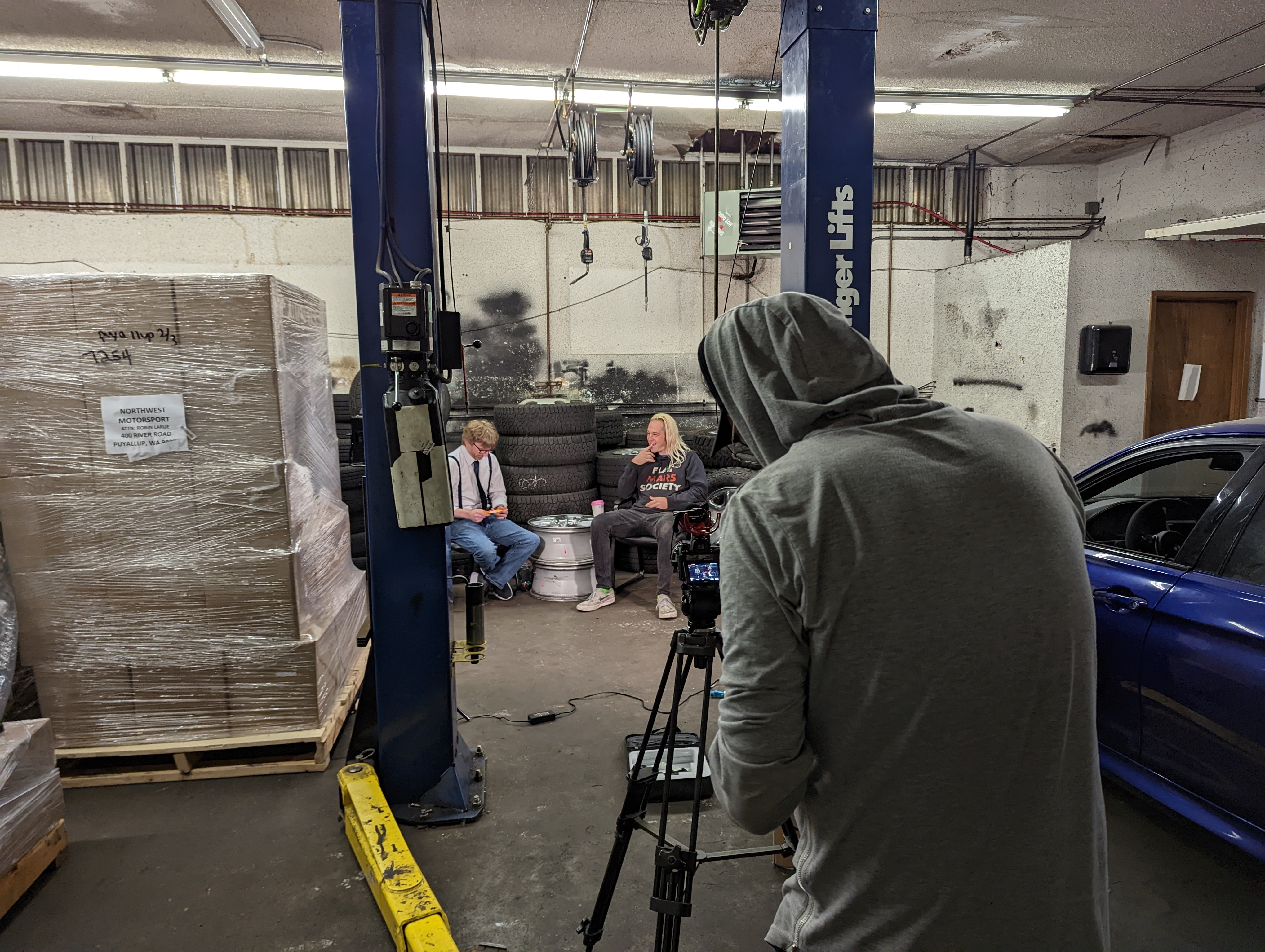 As the inaugural guest, Topher went into the interview with no clue what he was walking into. Once the cameras started rolling, Topher was bombarded with invasive and uncomfortable questions. Mr. Portent never goes into an interview unprepared. With his colorful cue cards and props, there is never a dull moment during the interview. Topher was quizzed on his career accomplishments, encounters with spirits and even riddled with deeply philosophical questions.

After an enlightening and thought-provoking first episode, we eagerly await the next episode of Between Two Tires.