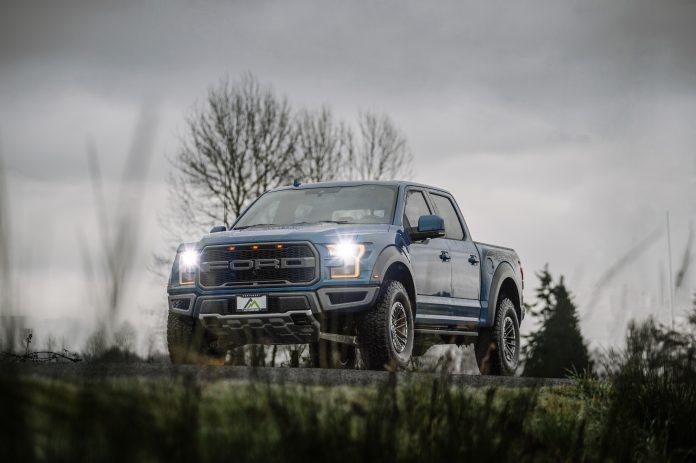 Celebrities are people too. In fact, many of them love trucks as much as we do. Some are probably even called upon to help their relatives move! The popularity of pickups goes beyond their hauling and towing capabilities. They’re useful, stylish, and fun to drive.

Let’s take a look at some of the stars who’ve snagged the truck of their dreams From vintage, all-American classics to the latest and greatest. From the workhorses to the luxurious. Here are some celebrities who drive pickup trucks!

Who better to top this list of celebrities who drive pickups than TV’s favorite handyman?

The standup comedian and star of the classic sitcom Home Improvement is a confirmed truck guy. The actor is known for films like Toy Story, Galaxy Quest, and The Santa Clause. He is also known for his appreciation of trucks.

Actually, he owns an impressive car collection which includes a selection of rare muscle cars. Judging from the collection, Tim Allen is a connoisseur of classic American-made cars and trucks.

One that caught our eye in particular, though, was his 1956 Ford F100 Custom Pickup. It has a distinctive body style manufactured in ‘56. This vintage beauty is a testament to the enduring legacy of the Ford F-Series.

You might expect Tim Allen to love trucks as much as his Home Improvement character, but this one is a welcome surprise. Stefani Germanotta, better known as Lady Gaga, has a garage full of cars and trucks too. You can check out the singer/songwriter/actress’s formidable collection here.

Her daily driver, though, is a bright red Ford F-150 SVT Lightning. This beautiful truck actually had a brief moment in the media spotlight. Shortly after receiving her driver’s license, Gaga was pulled over for not having plates on the truck yet.

Her social media response to this bit of pop culture “news” summed it up. More importantly, this introduced the world to her great taste in trucks!

Famous Los Angeles ballplayer Mike Trout is also a confirmed fan of pickup trucks. He was the Most Valuable Player at the 2015 MLB All-Star Game. In fact, this was his second consecutive All-Star MVP Award. He is the only player to ever win the award in back-to-back years.

Also, as all great awards should, the All-Star MVP Award comes with a great car or truck! Courtesy of Chevrolet, Trout had the choice between a sixth-generation Camaro Convertible and a Silverado Midnight Edition. With all due respect to the Camaro, we think he made the right choice.

We can tell from his custom-made Ford Hennessey Velociraptor 575 that motorcycles aren’t his only passion. With a 496-horsepower engine under the hood, it’s clear that this man is not messing around.

Speaking of Kid Rock, he’s another celebrity who can appreciate a quality truck. The genre-crossing artist currently favors a custom 4×4 GMC Sierra 1500. Kid Rock is ready for some serious off-roading with this 577-horsepower behemoth.

Its K2 package features a 6-inch suspension lift and 35-inch Mickey Thompson Baja ATZ tires, among other accessories. It’s also got a top-notch sound system, as well, which is to be expected. You can take a look at the rest of the cowboy’s car collection here.

Kourtney Kardashian is another world-famous celebrity with a custom pickup to show for it. Known globally as a TV personality, Kourtney Kardashian is hugely popular on social media. She’s also on multiple reality TV shows, such as Keeping Up With the Kardashians. Her enormous white custom Chevy Silverado has made some appearances on these shows, too. She’s definitely one of the most popular celebrities who drive pickup trucks!

World-class skier Glen Plake is recognized as a singular pioneer of extreme skiing. He’s in the US National Ski Hall of Fame and is in numerous classic ski films. He’s also known for his massive, dyed mohawk.

As a person with a well-documented need for speed, it only makes sense that he’s a truck guy. He’s stated that one of his favorites in his collection is his 1959 Chevrolet. According to Motor Trend, he currently favors his Ford F-350 as his daily driver.

Basketball legend Shaquille O’Neal is another celebrity rocking an awesome custom truck. In addition to being an athlete, sports commentator, actor, rapper, and spokesperson, Shaq is also a truck lover. At over seven feet tall, he’s also a seriously tall guy. It’s no wonder he needs a behemoth of a pickup.

With all of the luxurious features of the Ford F-250, this massive ride has a 6.7-liter Powerstroke V8 under the hood. The F-650 Extreme was no easy undertaking to build, as its massive size makes for a more involved manufacturing process.

While it’s no Batmobile, the Toyota Tacoma is a truck we can stand behind. Acclaimed actor (and former Batman) Christian Bale is also a fan. The Academy Award-winning actor, known for roles in films like American Psycho and The Big Short, gets around in a 2003 Tacoma. When asked why he doesn’t opt for something more extravagant he gave the following response.

“Sometimes, everybody’s gotta pick something up, haven’t they? So, you need a pickup.” We couldn’t agree more.

This singer, songwriter, and guitarist happens to have a very distinctive custom ride. John Mayer came to fame in the early 2000s with Grammy-winning hits like “Your Body is a Wonderland” and “Waiting on the World to Change.”

These days, when he’s not playing guitar with what’s left of the Grateful Dead, he’s driving around in his massive Ford Earth Roamer. This enormous off-road vehicle is ready for any terrain John Mayer can throw at it. It has a 6.7-liter V8 engine, and its own bathroom and shower. This truck is basically a mobile home, though its design is based on the Ford F-550.

Celebrities Aren’t the Only Ones Who Drive Pickup Trucks!

There are many celebrities who drive pickup trucks, but you don’t have to be one to appreciate a fine truck. Owning and driving the perfect truck is an experience for everyone! If all this talk about trucks is making you think about upgrading your ride, maybe it’s time to invest in your own legendary ride. 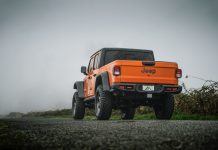 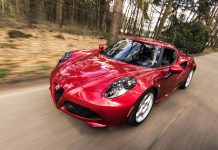 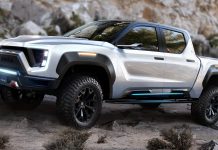