Take a bite out of the desert with the Ford Raptor

Just like its prehistoric namesake, the Ford Raptor is known for its speed and performance as it travels through harsh desert landscapes.

When Ford created the Raptor nameplate, it was to create the ultimate off-road racing machine. The Raptor line was built to claw its way through the treacherous deserts on Mexico’s Baja California peninsula.

The peninsula is home to the Baja 1000, one of the most famous off-road races in the world. The race tests the speed and endurance of the vehicles as they travel across the sand and rocks. For years, Ford had used the race as a testing ground for their off-roading vehicles including the Bronco SUV. 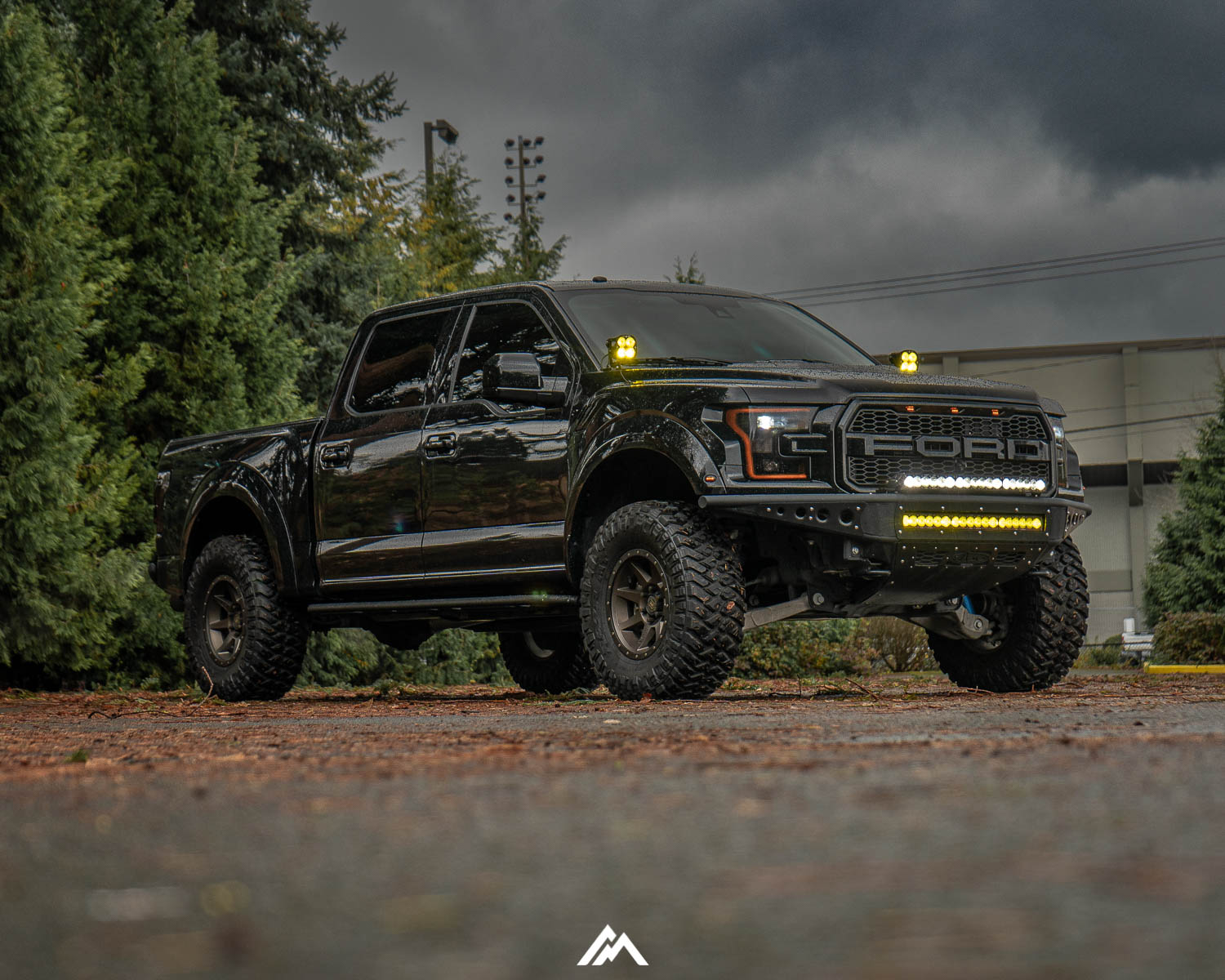 The Raptor nameplate was first introduced in 2008 with the announcement of the 2010 F-150 SVT Raptor. Instead of just telling truck enthusiasts how powerful the Raptor was, Ford decided to show everyone. Ford entered a modified version of the Raptor into the 2008 Baja 1000 race, completing the treacherous 631-mile course and finishing in third place. 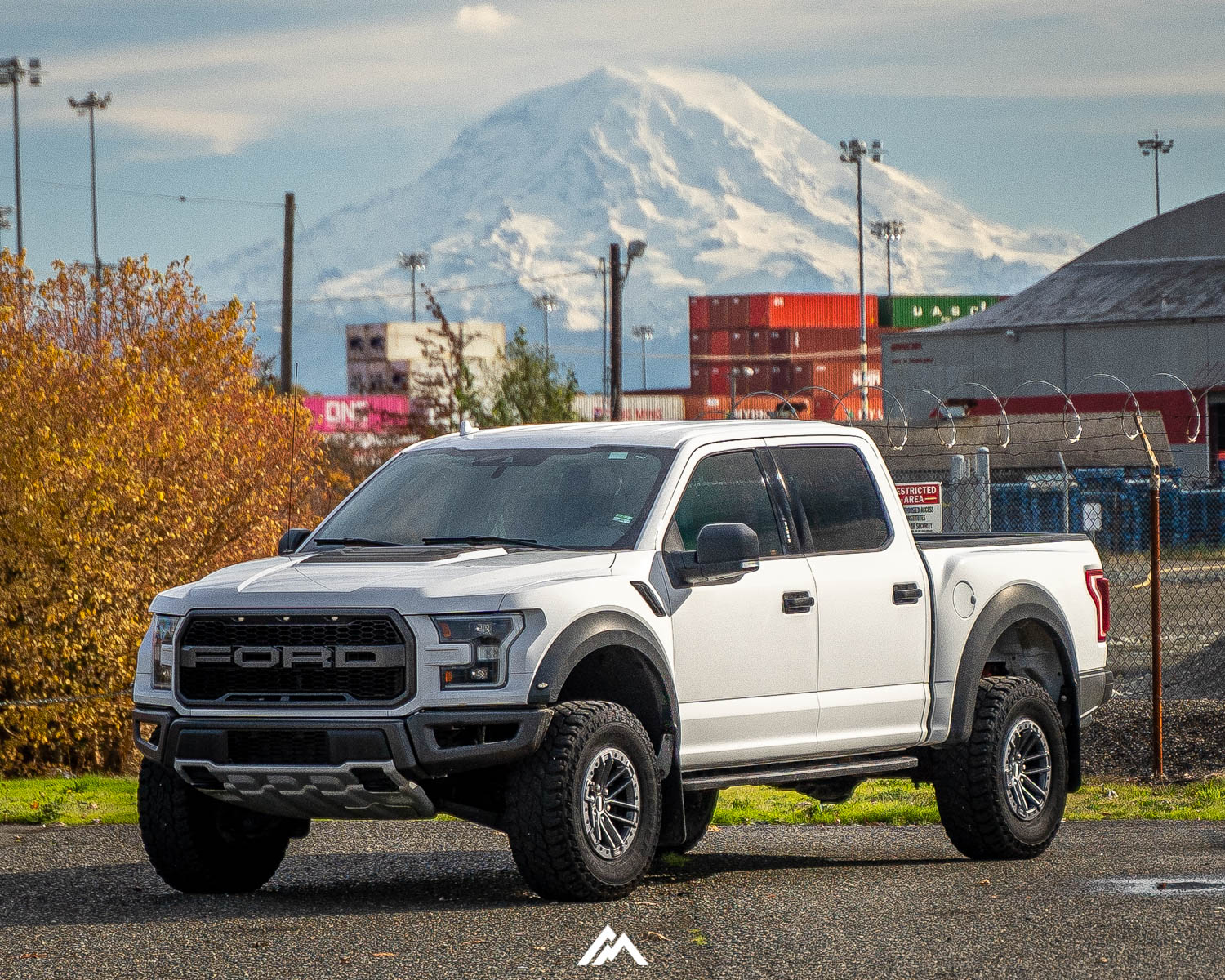 There’s no mistaking a Ford Raptor when you see it out in the wild. With the iconic Ford word-mark grille replacing the classic blue oval, the Raptor line has the look to match the high-performance. The Raptor takes the design of the F-150 and turns the aggressiveness up to 11. With a prominent bumper and fender flares, the Raptor F-150 is built with desert racing in mind and it looks the part.

The Raptor nameplate is currently available in the 2022 Ford F-150 and for the first time, the Bronco. The 2022 Bronco Raptor brings the high-performance off-roading power of the Raptor series to the iconic go-anywhere SUV. In 2019, Ford introduced the Ranger Raptor for those looking for a mid-size truck with all the bite of a Raptor. The Ranger Raptor wasn’t marketed in North America, but Ford has said the truck will make its North American debut in 2023.

The 2022 Ford F-150 Raptor has all the power you need to tear up even the toughest terrain. The F-150 Raptor features a twin-turbo 3.5-liter EcoBoost V-6 engine with a 10-speed automatic transmission that delivers 450 horsepower and 510 lb.-ft of torque.

The F-150 Raptor comes standard with 35-inch tires, and if that’s not enough, there are 37-inch tires available in the 37 Performance Package. The 37-inch all-terrain tires also give you 13.1 inches of ground clearance, allowing you to easily crawl over obstacles. 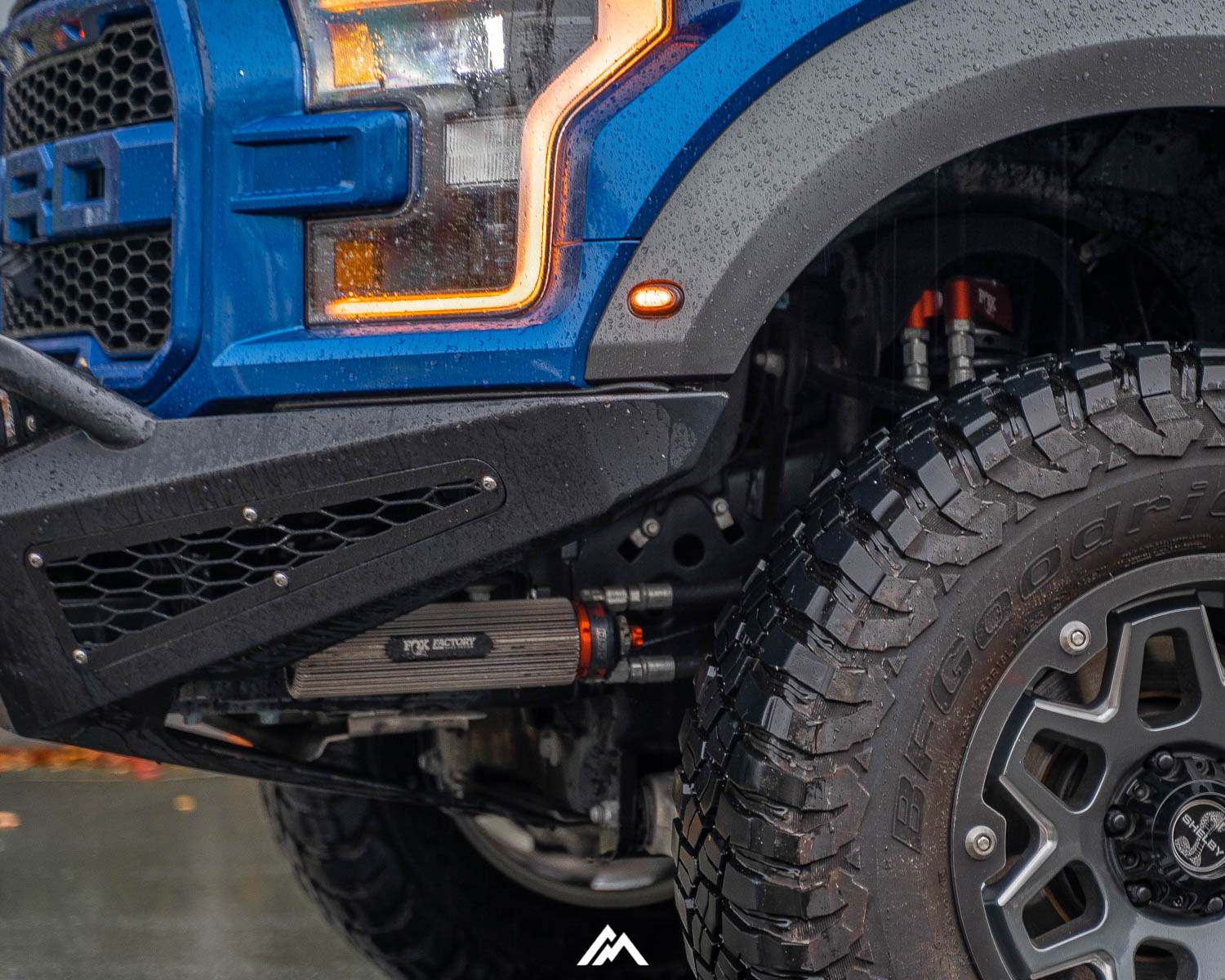 At its core, the F-150 Raptor is a high-performance truck that is built for off-road racing. The Raptor is more than capable of slowly crawling over large obstacles, but the truck truly shines when off-roading at high speeds. The Raptor comes with its own specific terrain mode, Baja Mode, that optimizes the throttle to get the most performance possible out of the truck. The suspension system, with a 5-link rear suspension, is built to handle the force of driving on uneven terrain at high speeds.

Even though the Raptor feels most at home in its desert habitat, these powerful trucks are up for anything. With 1,400 lbs. of payload and 8,200 lbs. of towing capacity, the Raptor has more than enough muscle to tackle any job. Whether you’re tearing up the desert or hauling your boat to the lake, the Raptor is up to the challenge.