From Concept to Reality: The Evolution of the Kia Stinger

What started as a prototype car, the Stinger defies every expectation you have about the Kia brand. Known for their practical sedans and SUVs, Kia probably doesn’t come to mind when you think of a performance vehicle. Well, the luxurious Kia Stinger is here to prove you wrong.

The story of the Stinger began in 2011 when Kia unveiled the GT concept car. The rear-wheel drive sedan featured a turbocharged 3.3L V6 engine and a sporty design to match. The GT name still lives on in both trim levels on the Stinger, the GT-Line and GT2. In 2017, the prototype became a reality with the introduction of the Kia Stinger. 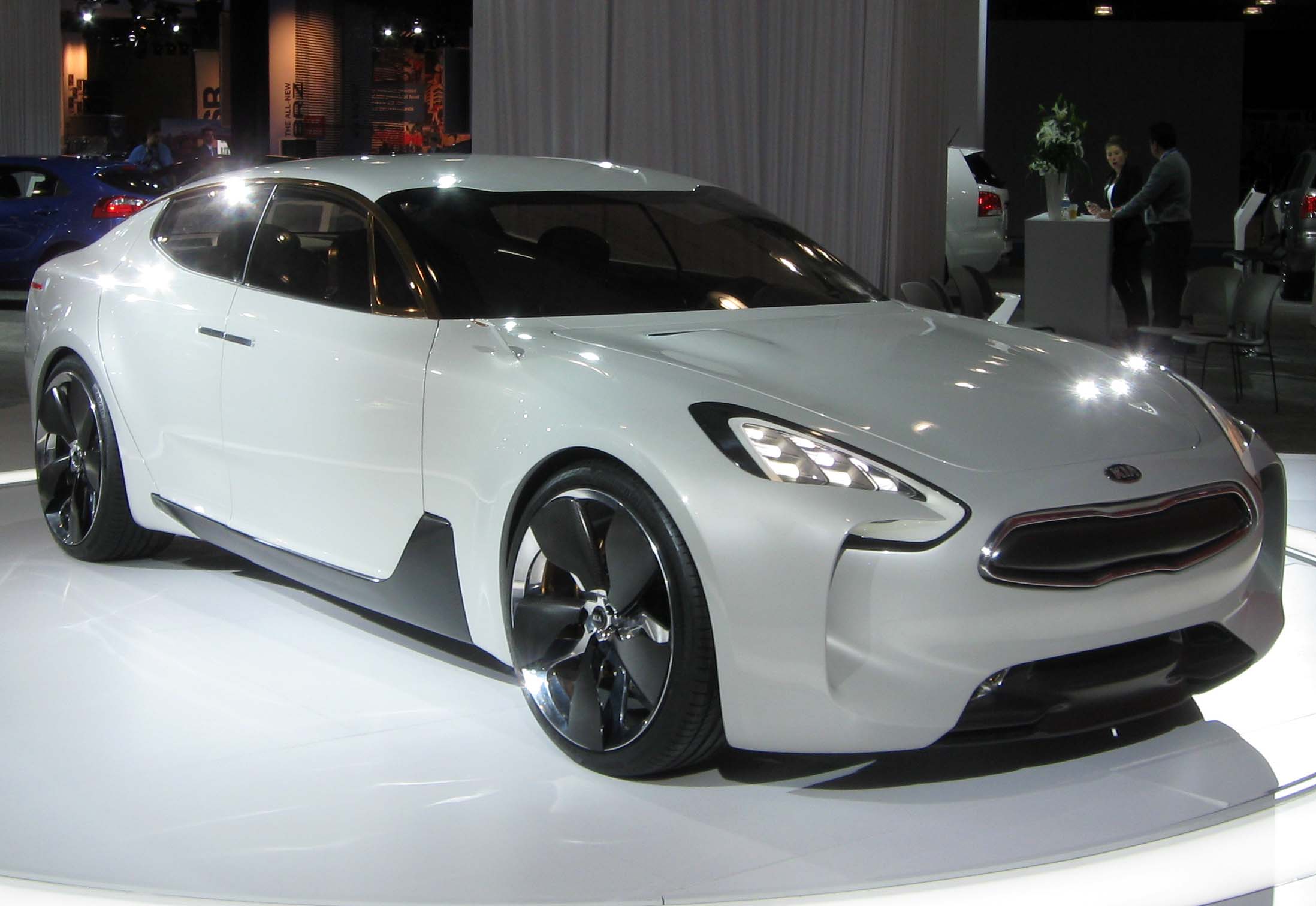 When the Stinger was first introduced, it was unlike any other vehicle in Kia’s lineup. Before the Stinger, Kia had become known for making modest, cost-effective cars. The Stinger rivaled the other sports sedans from BMW and Audi with a more cost-friendly price tag. The Stinger was even engineered by the former BMW M-series Vise President, Albert Biermann.

The Kia Stinger not only performs exceptionally on the roadways, but it also looks the part. The exterior is sleek and sporty, with an aggressive front grille, sculpted lines and a long wheelbase. The Stinger’s low profile give it an unmistakable silhouette that will turn heads everywhere you go.

One of the more unique features on the Stinger is the liftback. A liftback is basically a middle ground between a sedan and a hatchback. Similar to a hatchback, the tailgate on the liftback flips up along with the rear window instead of having a separate trunk built in. This allows for extra cargo space in the trunk and easy access.

The Stinger doesn’t just look powerful, it has the muscle to back it up. The entry-level 2023 Stinger GT-Line comes with a stock 2.5L 4-Cylinder Turbocharged Engine that delivers 300 horsepower and 311 lb-ft of torque. If you’re looking for a little extra power, the available 3.3L V6 Twin-Turbocharged engine delivers a whopping 368 horsepower and 376 lb-ft of torque in the Stinger GT2. The Turbocharged V6 sports-powered Stinger goes from 0-60 in just 4.7 seconds.

The Stinger wouldn’t be a true sports sedan if it didn’t have a luxurious interior. With available Nappa leather seating, premium materials and metallic accents, the Stinger is as comfortable as it is powerful. The interior also includes the latest technology to keep you connected, such as Apple CarPlay and Android Auto. The Stinger comes standard with a 10.25-inch touchscreen display so you can control your music and navigation.

The Kia Stinger is an eye-catching performance machine that will change how you think about Kia. With its powerful engine, sleek design and luxurious interior, the Stinger is a car you have to see to believe. 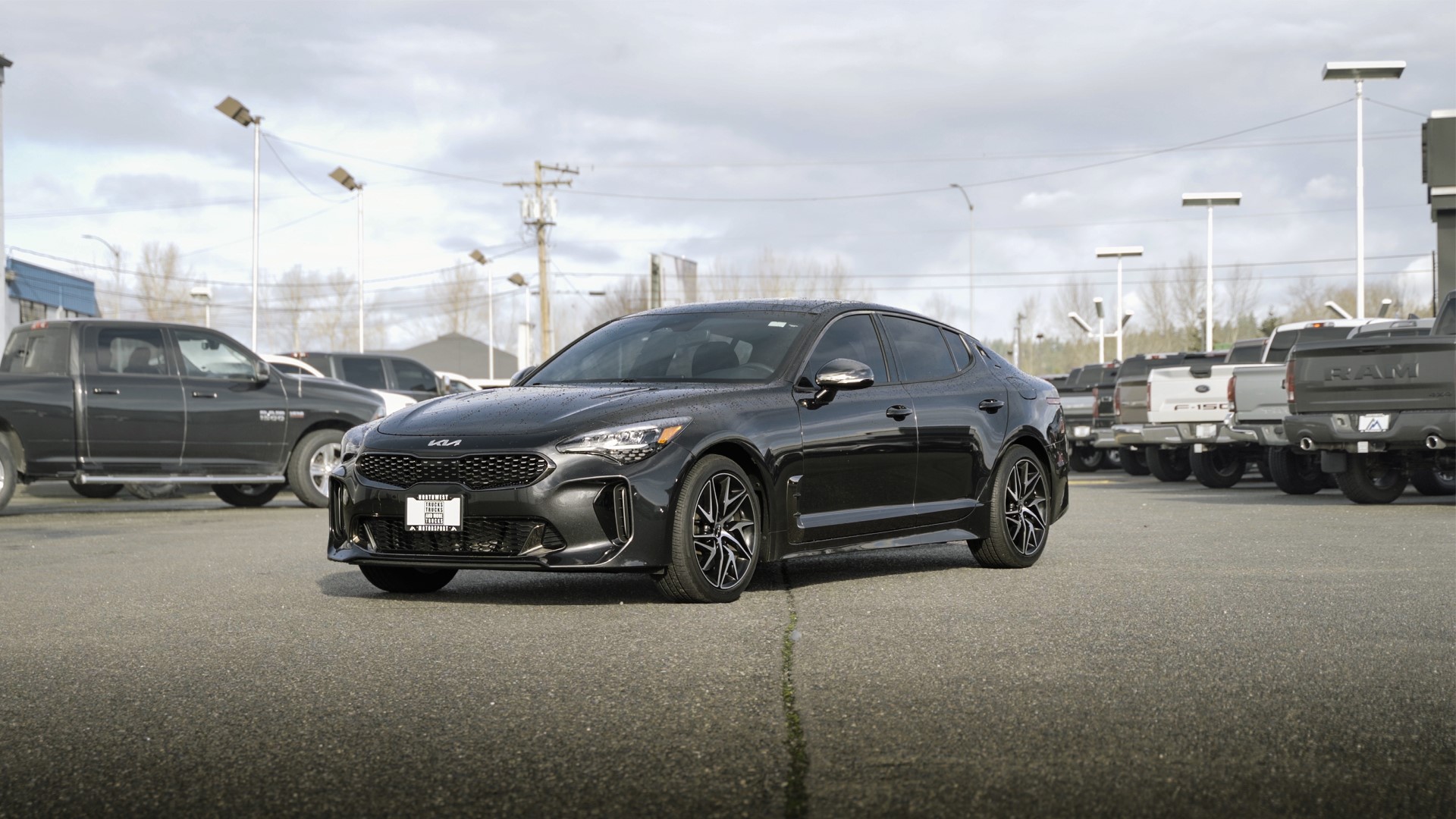 Unfortunately, for those looking for an affordable sports sedan, the Stinger’s time is coming to an end. The 2023 Stinger will be the final edition, with the driver-friendly sedan being discontinued due to a lack of sales and a growing focus on electric and hybrid vehicles. The Kia Stinger might not have the prestige of a BMW or Audi, but during its short six-year run, it proved itself to be a powerful and fun ride that was anything but ordinary.

The Kia Stinger will be missed, but it won’t be forgotten.

See What all the Buzz is About

For those looking to enjoy their drive, the Kia Stinger is a great option. Its power, performance and luxury make it a ride that you won’t soon forget.

While the Stinger is a rare vehicle, one of these powerful sports sedans occasionally shows up on one of our lots at Northwest Motorsport. Along with the Stinger, we have a variety of luxurious sedans available for you to check out!