Dodge doesn’t have the largest lineup compared to the other large American automakers, but there are no weak links. Instead, they are the perfect example of quality over quantity. Every Dodge car, SUV, and minivan delivers power and durability. 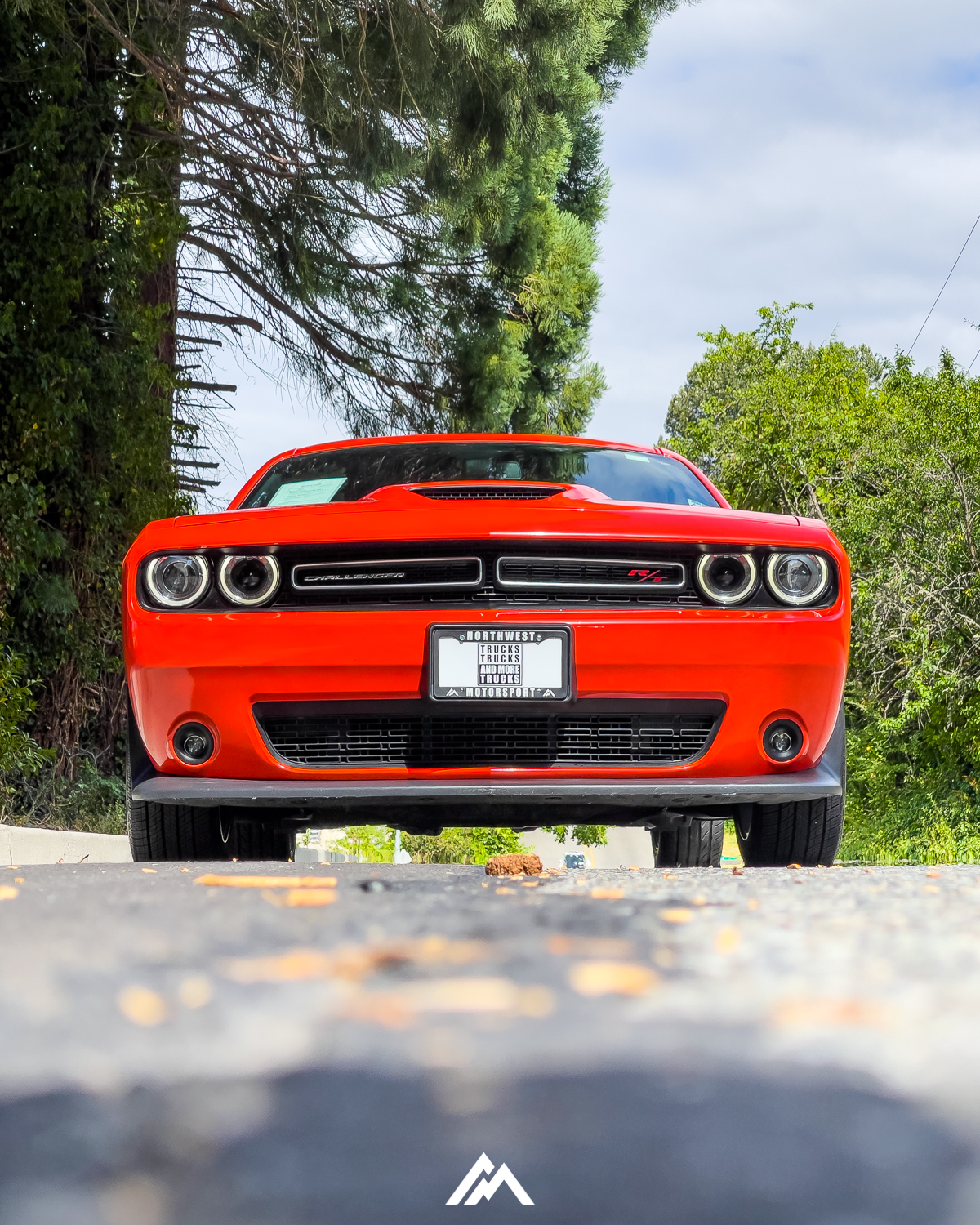 The Dodge Charger and Challenger are iconic modern American muscle cars that give you all the hair-raising power you could possibly ask for. If you need a vehicle that can comfortably fit the whole family, Dodge has an SUV or minivan for you.

A used vehicle with over 100,000 miles isn’t necessarily a bad thing, and in some cases, it’s good. A pre-owned vehicle with high mileage shows that it was well-loved by its previous owner(s). The biggest advantage to a used car or SUV with high mileage is the savings. Of course, over time, things can go wrong with the vehicle. Parts can break from wear and tear over time, so it’s important that your next used vehicle is built to be durable. With over 100 years of experience under their belt, you can be sure that a used Dodge is built to last.

A decorated history of durability

Since 1914, Dodge has been responsible for making some of the strongest and most durable vehicles on the market. The Dodge name goes back even further, founded in 1900 as a parts manufacturer by the Dodge brothers, Horace and John Dodge.

The trucks and cars produced by Dodge stood out from the competition for one specific reason: the V8 engine. Some Dodge cars and trucks featured the iconic Hemi V8 engine along with other Chrysler vehicles. With enough power to glue the back of your head to your headrest, the unmistakable rumble of a Hemi V8 is iconic. If you want to learn more about the history of Dodge trucks, read our blog detailing the evolution of these powerful rigs.

For years, the Dodge Ram truck was one of the staples of their stacked vehicle lineup. In 2009, Dodge announced that they would be splitting with Ram, who would become its own company. While Ram trucks focused all of its attention on its wildly popular line of trucks, Dodge, in turn, could put all its attention into its lineup of cars and SUVs. 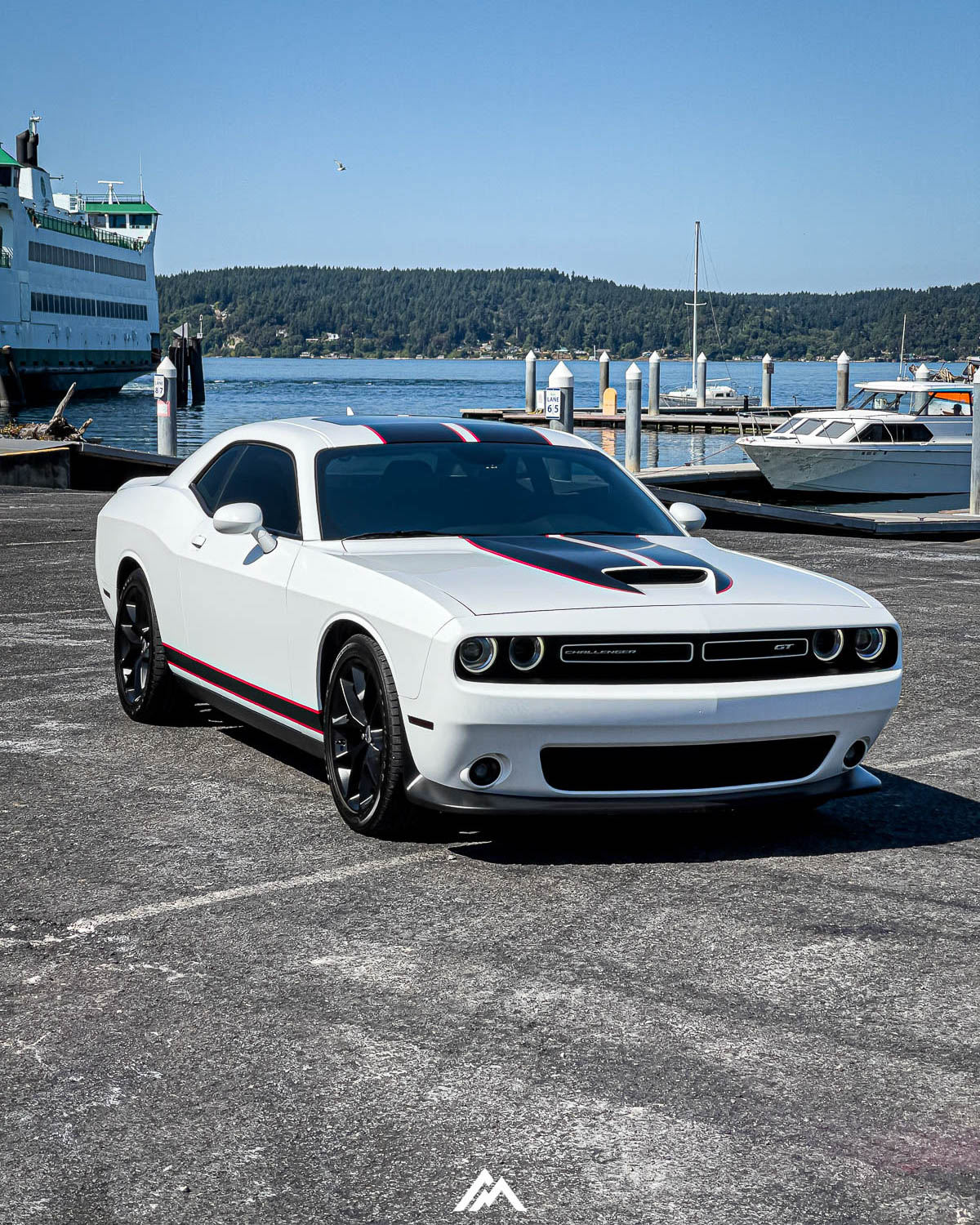 One of the few modern American muscle cars, the Dodge Challenger perfectly blends exhilarating speed with ridiculous power. The classic two-door coupe has been burning rubber since 1970. 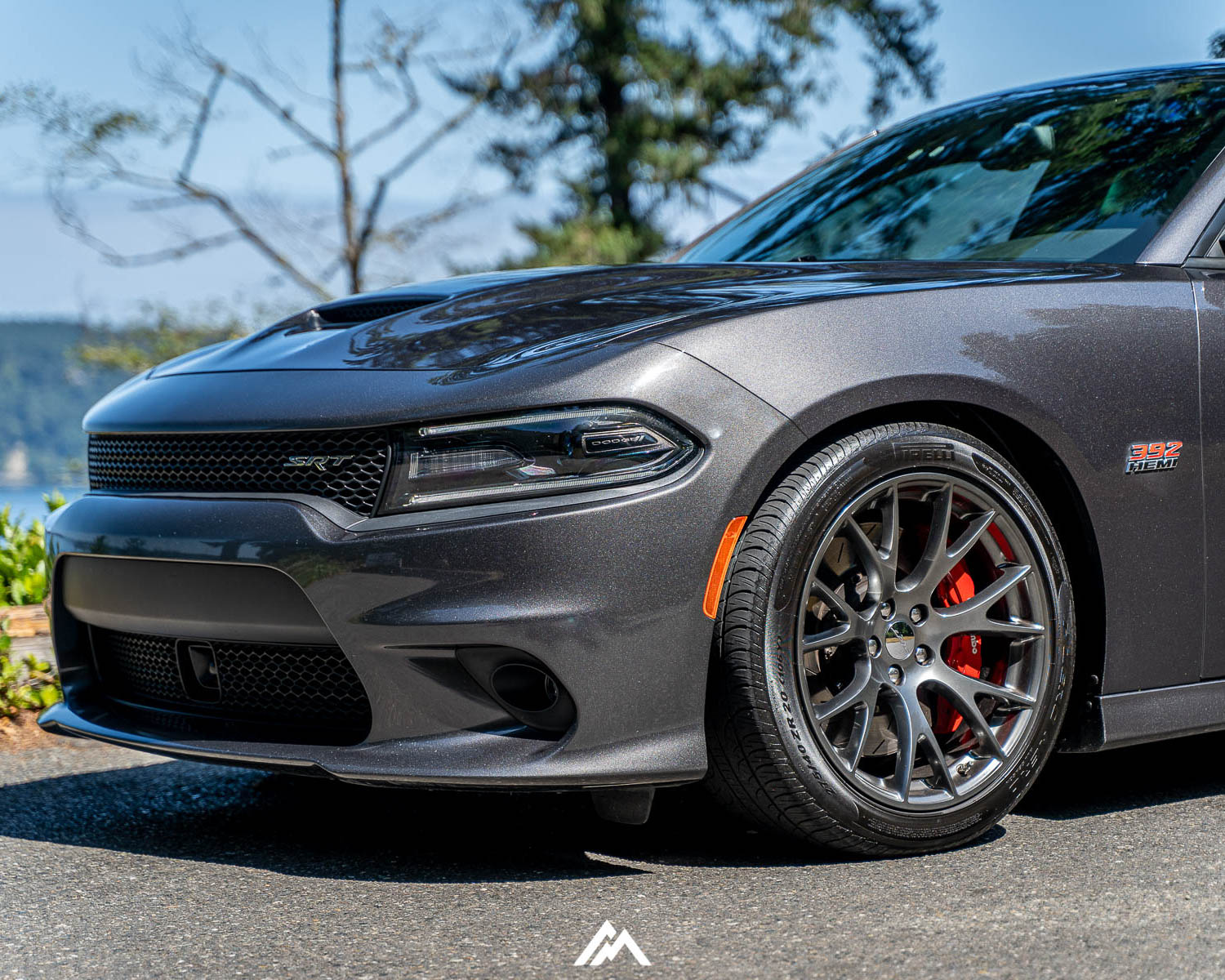 The Dodge Charger is a throwback to one of the original muscle cars of the late 60s and early 70s. Initially, the Charger was a classic coupe before production ended in 1977. From 1982 until 1987, the Charger made a quick comeback before production was stopped again. However, the Charger wasn’t ready to call it quits for good, making another return in 2006. Dodge brought back the Charger, this time as a four-door. Despite the change to the body, the new Chargers paid homage to its predecessors with aggressive styling and tons of horsepower.

The 6.2L Hemi V8 Hellcat has the newest Charger SRT achieving a whopping 797 horsepower. Even without the top-of-the-line Hellcat engine, the Charger can pack a punch.

End of an era

Even though there will no longer be new models in the future, the powerful engine and timeless design makes these muscle cars a great choice if you’re looking for a powerful, used vehicle. 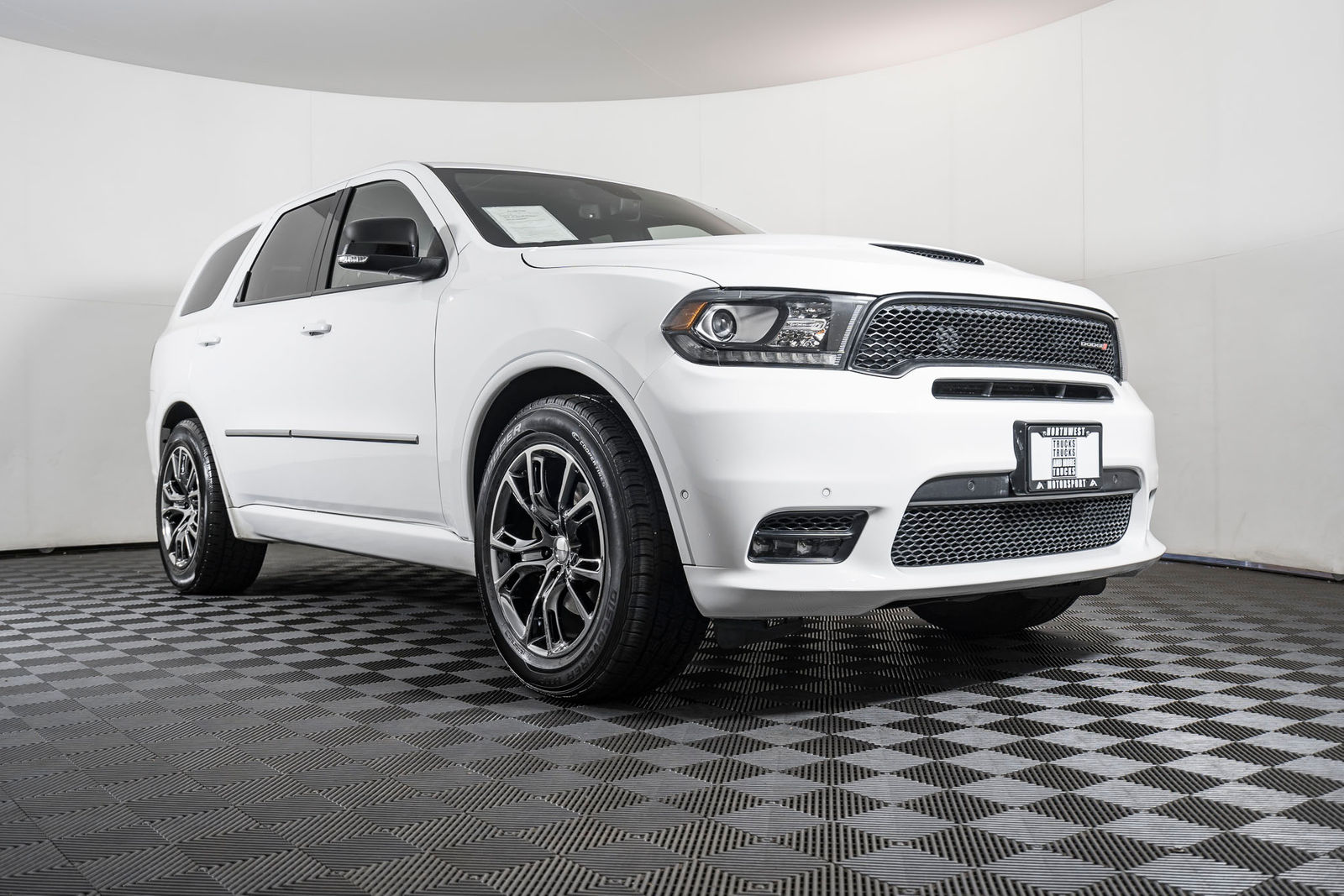 You’ll be riding in comfort and luxury when you get behind the wheel of a used Dodge Journey or Durango SUV. Both of these SUVs are designed with both comfort and safety in mind.

The Durango wouldn’t be Dodge’s primary SUV if it didn’t feature a muscular powertrain. With the available 6.4L Hemi V8 engine, the Durango has more power than most sports cars.

The Dodge Journey was discontinued in 2020, but they still make for a great used SUV. With three rows of spacious seating and better gas mileage than the Durango, a used Dodge Journey is an excellent SUV for the whole family. 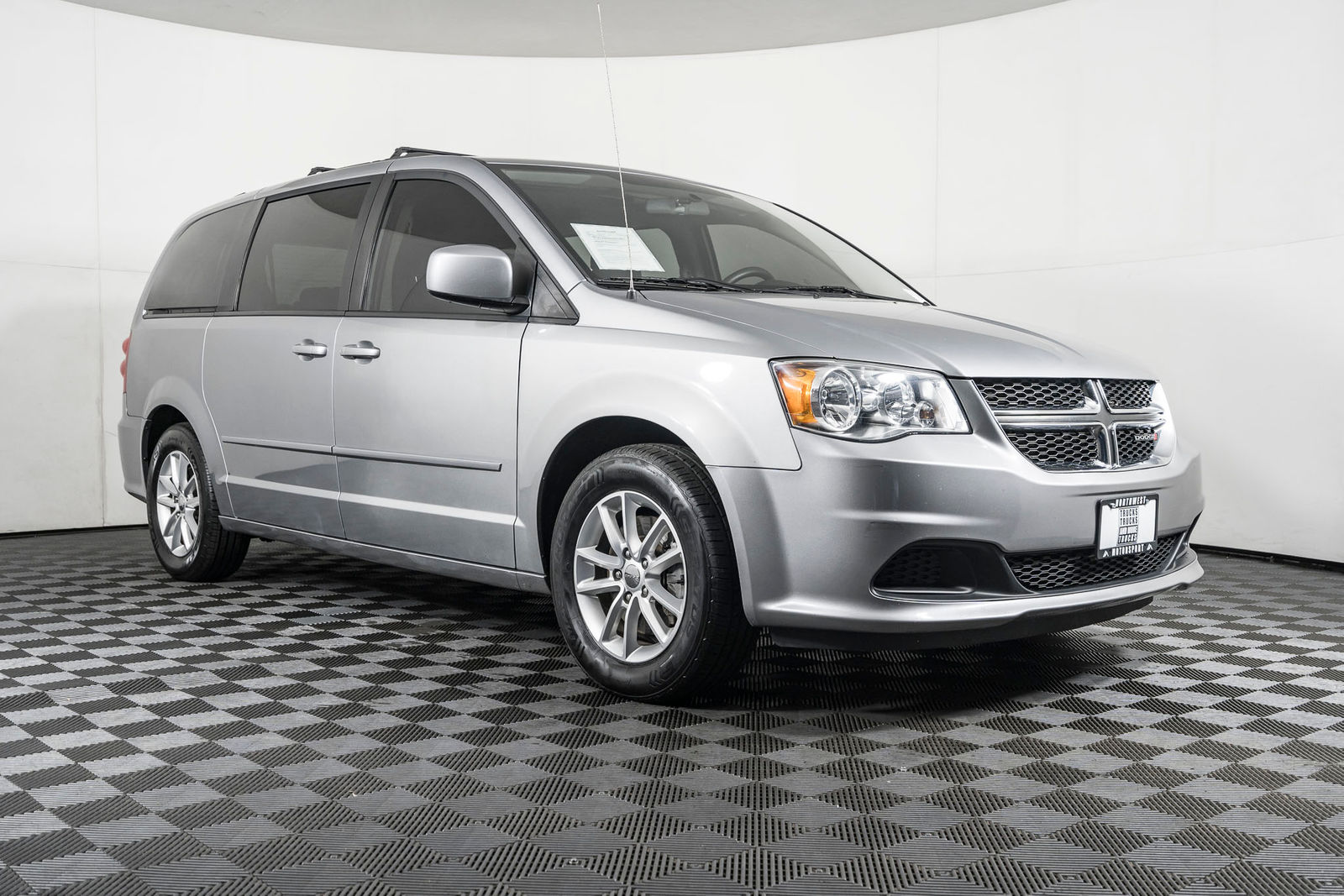 Look, a minivan isn’t the sexiest vehicle out there, but nobody can deny the unbeatable cargo space and convenience they bring. If you’re looking for the perfect road tripping vehicle that can fit the whole family, a used Dodge Grand Caravan can get you wherever you’re going in comfort.

Just like the Journey, the Grand Caravan was discontinued in 2020 as Dodge focused their efforts on high-performance vehicles. However, there are still plenty of used Grand Caravan minivans with all the spacious cargo and seating you need. The convenient Stow’ N Go Seating system allows you to simply fold the second-row seats to fold down into the cabin floor to increase cargo space. The Grand Caravan is perfect for your family’s next road trip.

Get out of (your old ride and into a used) Dodge

A tire-burning Challenger and a spacious Grand Caravan might seem like opposites, but they have one big similarity; durability. Whether it’s going from 0-60 in blink of an eye or safely carrying the entire family out to the coast, there is a used Dodge vehicle that can deliver.

With a massive selection of over 40 used Dodge cars and SUVs in stock, Northwest Motorsport can find you the perfect vehicle!